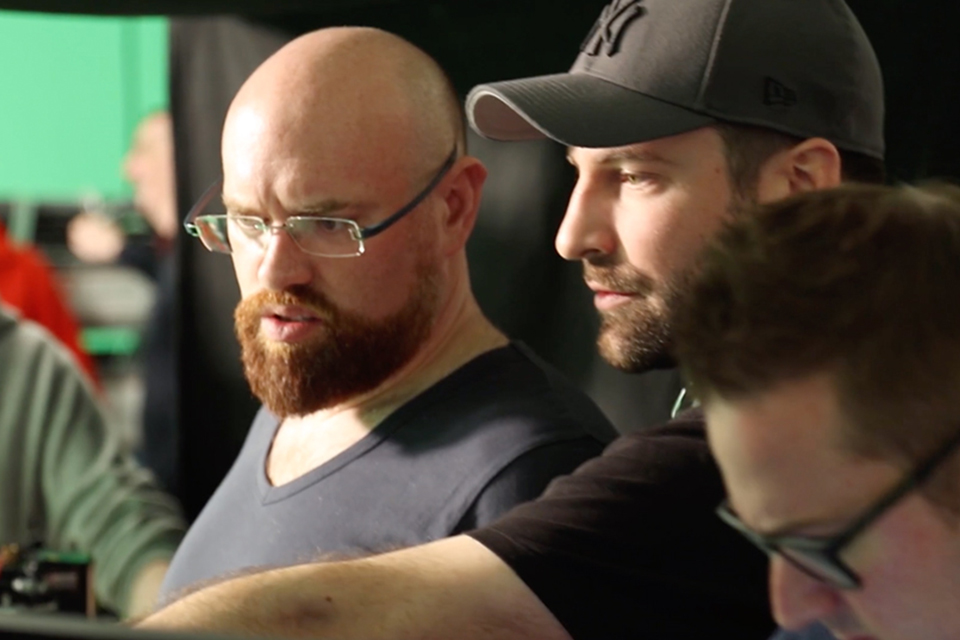 London.
Where the great Film Studios are being kept alive.
And… Baked Beans.

1 year ago, Urs Rüegg was hired as Director of Photography (DoP) by Saddington Baynes to film and have a close eye on the new Julius Bär Commercials.

The Malcom Ryan Studios near Wimbledon offers one of the largest Green Screens in Europe – we needed every inch of it to fit in the pre scripted and 3D rendered scenes.

During the 3-day shoot there were on average about 25 crew members on the set. It was hectic but organised at the same time – A perfect film set.

Baked Beans for breakfast just made his day =)

And for Urs, growing up in London and seeing himself as 1/2 English, the food was heavenly delicious.

Beneath are some impressions.