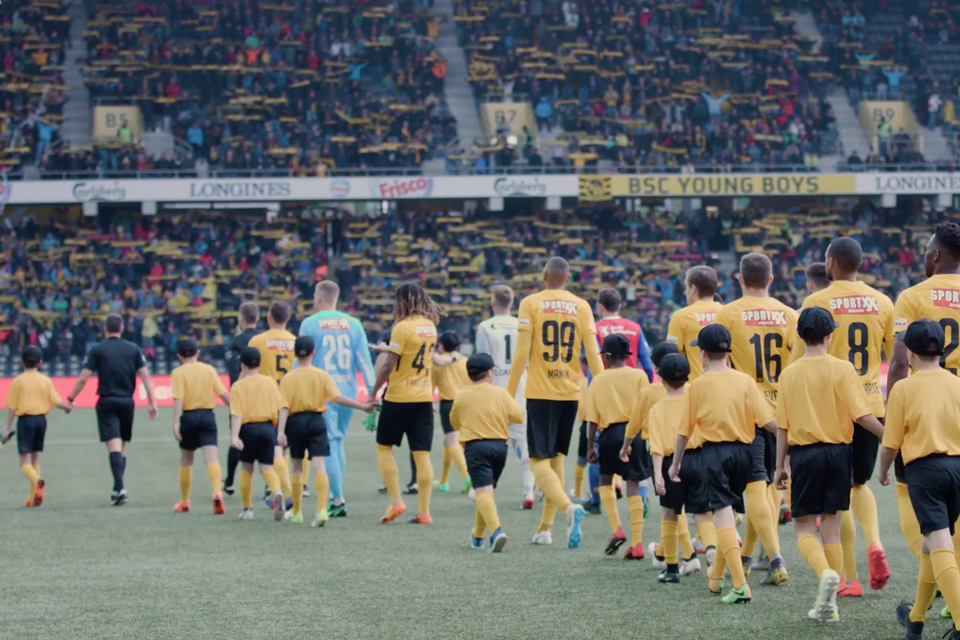 We are all fans of Mama.

For Mothers Day in Switzerland, our client McDonald’s came up with a lovely idea: The football stars of two top Premiere League Clubs, Young Boys Bern and FC Basel, thanked their moms with a unique action and a lot of heart, wearing a club shirt with their mums name on the back.

Westpoint Films captured this moment in the stadium Stade de Suisse in Bern to create a short Brand Awareness Film, editing the clip on location just after the game started, finalising it by the end of the game.

The week before the game, we went out to Basel and Bern to capture some statements of the players and see how the names of their mums were being printed on the club shirts.

For contracts such as this, Westpoint can act fast with a mobile editing station, containing a 5K iMac and as a backup a Mac Book Pro. Copying the footage occurs through USB-C attached SSD components.
Short: It’s reliable and very fast :)

Westpoint Films covered the Film Production as well as Photography, delivering a package of footage for the Swiss Press and diverse Social Media Channels.

Beneath are some BTS impressions.